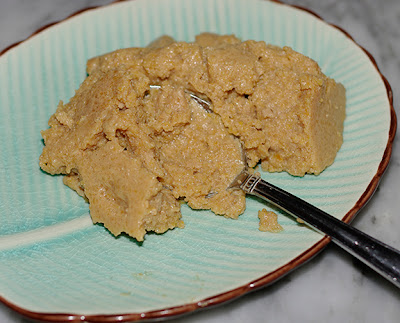 Indian Pudding is a perfect fall dessert because it has all of the flavors that go well with cool weather--cinnamon, ginger, molasses, and maple syrup. I made a vegan version of Indian Pudding by substituting almond milk for the regular milk, and of course vegan margarine for butter. I also added some maple syrup for flavoring. I had no expectations of how this recipe would turn out because I'm not really a pudding person, but it was delicious, especially served warm with some vanilla soy ice cream.

You can find the recipe here, and though the ingredients don't sound like much, the whole is much more than the sum of its parts in this case.