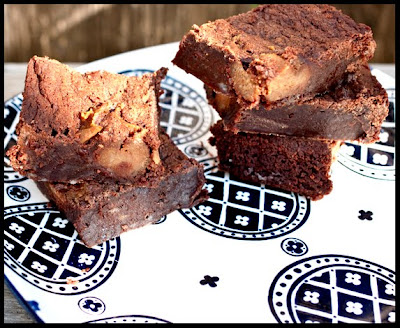 I made a batch of basic peanut butter brownies using a new discovery--Powdered Peanut Butter. I had no idea such a thing existed until I stumbled across it on amazon. The recipe I used for the brownies was from DamGoodSweet by David Guas. Ina Garten has a very similar recipe here.

The brownies were great--chewy, fudgy, and with a big peanut butter flavor. But the whole reason for this post is my use of powdered peanut butter. On the minus side, it's pretty expensive compared to regular peanut butter. On the plus side, the company sent me free peanut butter cookie samples (very tasty!). You mix the powder with water to recreate the consistency of regular peanut butter. I found it too be pretty thick and a little tricky to work with, but then maybe I needed to add more water. It has an incredibly intense peanut taste so I think you'd need to use less than you normally would. A big plus is that it has only a fraction of the fat and calories. I'm thinking that it would be a great addition to breads and other baked goods, mainly to add flavor. 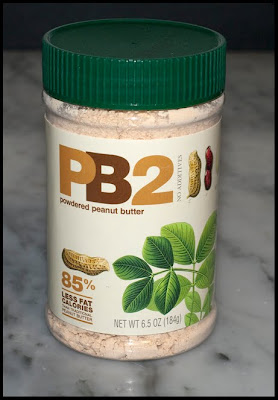 So far, the only thing I've made with the peanut butter powder is the brownies, but I think the product has a lot of potential. And though it's costly, I think you can get a big flavor boost in whatever you're making by using a small amount. And, it has 85% less fat calories than regular peanut butter. All in all I think it's a pretty neat find, and I'm looking forward to experimenting.