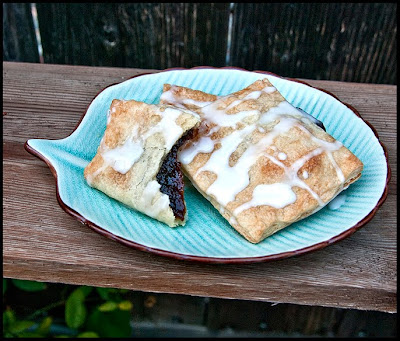 I LOVE Pop-Tarts but I haven't had them in years. Actually, I think my childhood memory of them is rather idealized, and if I had one now I'd probably be disappointed. So instead of ruining my perfect Pop-Tart illusion, I decided to make my own. (Frankly, I'm quite sure the homemade version is far superior to the boxed ones.)

The recipe is from the new cookbook, Flour, by Joanne Chang

You can easily make vegan Pop Tarts by using a dairy-free pie crust recipe--just replace the butter with vegan margarine, and use a bit of soy creamer, or corn starch mixed with water, instead of egg wash.

The pastry for the Pop-Tarts is Pate Brisee, and though there is a recipe in the book, I always use Martha Stewart's recipe since I have such great success with it.

Position a rack in the center of the oven and preheat to 350F.

Brush the top surface of the entire scored rectangle with the egg. Spoon 2 tablespoons of the jam in a mound in the center of each scored rectangle. Lay the second large dough rectangle directly on top of the first. Using fingertips, carefully press down all around each jam mound, so the pastry sheets adhere to each other.

Using a knife or pizza roller, follow the scored lines and cut the layered dough into 8 rectangles. Place the rectangles, well spaced, on a baking sheet.

Bake for 40 to 45 minutes, or until the tops of the pastries are evenly golden brown. Let cool on the baking sheet on a wire rack for about 30 minutes.

To make the glaze: While the pastries are cooling, in a small bowl, whisk together the powdered sugar, vanilla, and enough water to make a smooth pourable glaze. You should have about 1/2 cup.

When the pastries have cooled for 30 minutes, brush the tops evenly with the glaze. Let stand for 10 to 15 minutes to allow the glaze to set before serving. 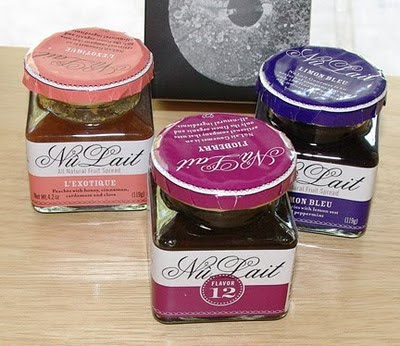 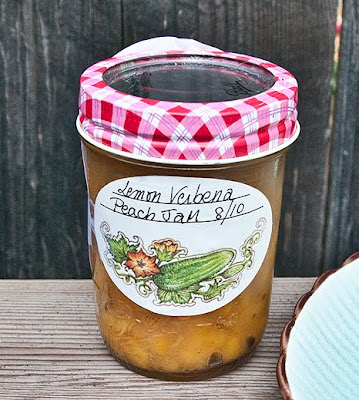 **I used some special fancy-pants jams to fill my Pop-Tarts--my sister-in-law sent me a selection of unusual jams as a gift, and my buddy Barbara sent me some awesome homemade jam as part of a surprise gift package. Thank you girls!