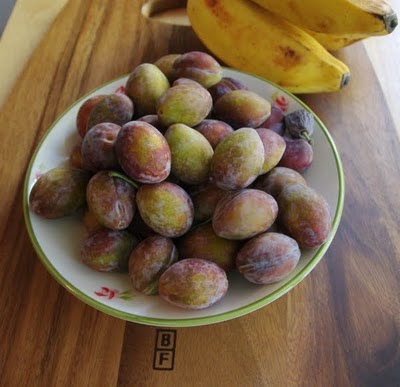 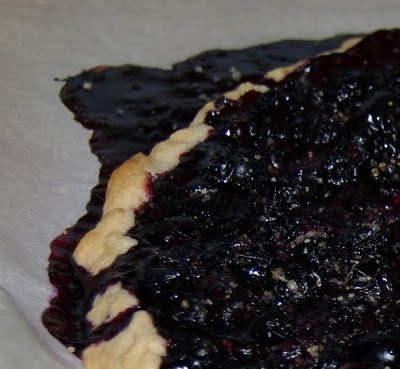 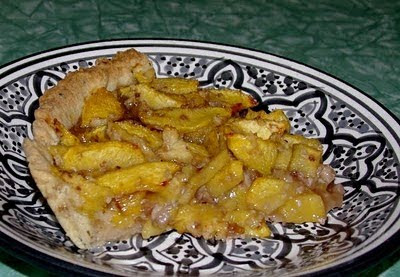 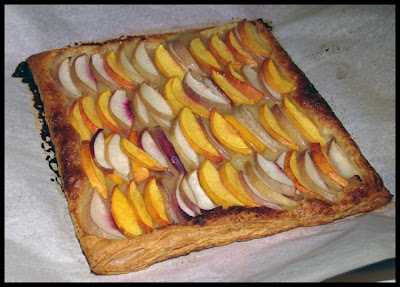 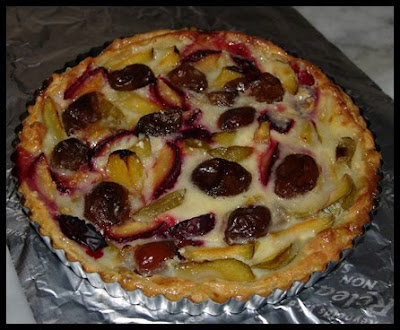 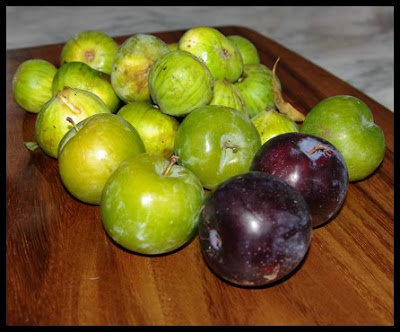 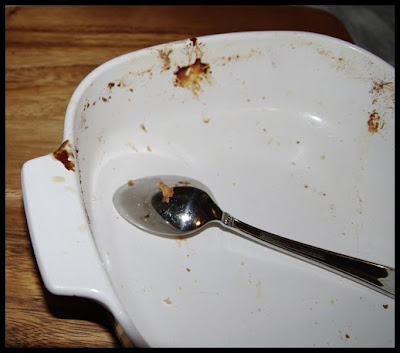 I was fortunate to find Italian plums at a local fruit stand which I much prefer to green or purple plums. I think they're sweeter than regular plums, though they are quite tiny by comparison. I made Rachael Ray's Italian Plum Cake, but before I even had a chance to take a photo, Dave ate the whole thing in the wee hours of the morning. He said it was delicious, and since I don't have any more Italian plums to re-make the cake, I'm just going to assume that it was really good. (Dave did eat the WHOLE cake in one sitting.)

I made two nectarine tarts, both vegan. For one I used a nut crust, making it vegan by using margarine instead of butter. The filling was just sliced, peeled nectarines, a little sugar and cinnamon, and a big pinch of tapioca flour. The puff pastry tart was made using vegan pastry, and the filling is just fruit and a bit of sugar. Martha Stewart has a basic nectarine tart recipe.

I found a really simple blueberry tart recipe that uses gobs of berries--I went a little crazy buying blueberries from the farmer's market. This recipe is easy to make vegan just by replacing the butter. I baked the tart free-form since I knew that I would end up with a mess--the berries were very juicy--and I didn't want the tart stuck in the pan.

Rub each plum with a bit of butter and cut into halves or quarters. Arrange in the tart shell and bake for about 15 minutes to soften fruit.

While the tart is baking, beat the egg and sugar until thick and pale yellow. Add the flour and mix until smooth. Beat in the cream and Cognac. Spoon the custard around the bottom of the plums and sprinkle with the extra sugar. Return the tart to the oven and bake for about 20 minutes, until the custard is puffed and golden. Let cool before serving.