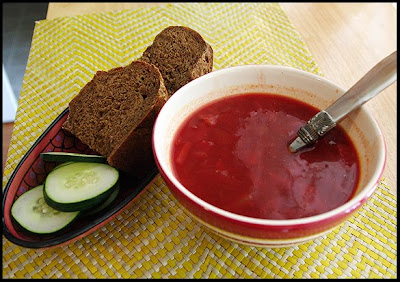 Years ago, I was working part-time at a very boring office job to make some extra money since I was also going to school full-time. One of my office co-workers, Sofia, had recently emigrated from Russia with her family. She knew very few people in the US, and I think she was a bit lonely. Sofia and I bonded almost immediately. We both had a big love of food and cooking and she enjoyed teaching me about about traditional Russian dishes--things I'd never heard of like kasha and kulich.

I must have been the first vegetarian that Sofia had met because she asked me endless questions about why I didn't eat meat, and about what kinds of things I could eat. At some point during each day that we worked together she would question me about what I made for dinner the night before, and if it sounded like something she'd like, she'd ask me for the recipe. She was especially curious about traditional Italian food, having falling in love with pasta and pizza since leaving Russia. Her favorite food at the time was lasagna, and she wanted me to share my recipes with her. I'd describe the sauces and fillings I used, and she'd write down notes and recipes in her Hello Kitty spiral notebook. I was flattered that she was so interested in what I cooked. 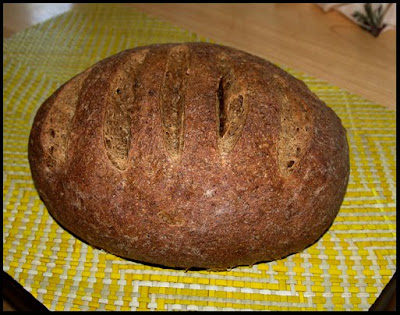 One day as I was leaving for a class, Sofia asked me if Dave and I would like to come over for dinner. I was surprised and honored since I knew that Sunday suppers were a big family tradition at Sofia's. I was also a little concerned because I wasn't 100% positive that she knew how strict of a vegetarian I was--no chicken stock or beef stock, and because I also knew that she and her family were struggling to make ends meet as they adjusted to their new home. I said yes though and she seemed excited. 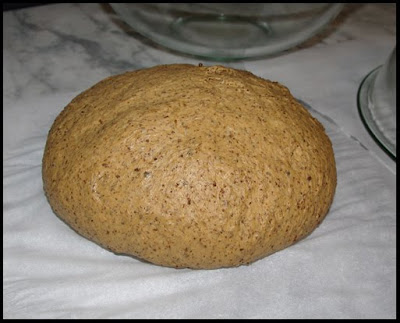 Dave can easily out-eat a sumo wrestler and still have room for dessert, so before arriving at Sofia's on Sunday, I made him promise not to eat more than a normal person would eat. If he was still hungry, I'd make him brownies when we got home. We were bringing a couple bottles of wine to dinner, and I told Dave not to drink any if offered since I knew that wine was a special treat that Sofia and her husband could rarely afford.

In addition to her husband and children, Sofia had invited several elderly relatives for dinner, though they didn't speak a word of English, their smiling faces made us feel welcome. I think they were pleased to see that Sofia had some American friends. Their rental house was decorated with what I suspected to be thrift store furniture, but also with some beautiful Russian treasures--tapestries and hand-carved trinkets. Her table was set for royalty. Though the dished were mismatched, there were gorgeous embroidered cloth napkins, crystal glasses, and white flowers on the table. I could not believe that Sofia had gone through all that trouble for me.

I need not have worried about being served non-vegetarian food. Sofia made borshch using vegetable broth (her grandmother's recipe), served along with a dark rye bread and some sliced cucumbers. It was a simple meal, but completely delicious and memorable. The company was wonderful and we were made to feel like part of the family. 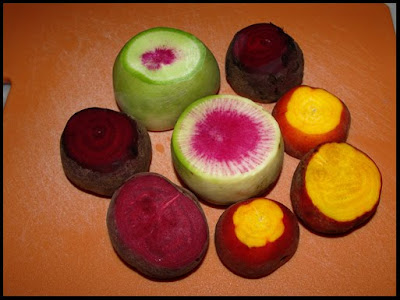 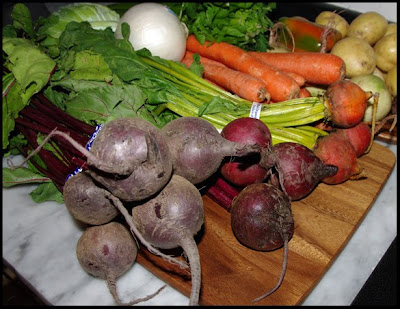 Soon after the Sunday dinner, Dave and I moved several hundred miles north. I eventually lost touch with Sofia, and I never had borshch again. When I read that this challenge was to pick something that we've not made before, Sofia's borshch was the first thing that popped into my mind.

I found an authentic looking Borshch recipe in the book A Year of Russian Feasts by Catherine Cheremeteff Jones. I followed the recipe closely, except that I used veggie broth instead of beef broth and did not add any meat. It took a long time to make the soup since I started with homemade vegetable broth. To make broth I just fill a big pot with all kinds of veggies--carrots, celery, dried mushrooms, turnips, and anything else I have on hand. I cover the veggies with water, add a big pinch of salt, some peppercorns and a couple of bay leaves, and simmer until the veggies have turned to mush. I strain the broth before using it in a recipe. To save time, feel free to used pre-packaged broth or stock in this recipe.

The soup was delicious, and as much as I can remember, very much like the borshch Sofia made us. I have no idea why it's taken me so long to make it and I'm grateful that this challenge inspired me to cook out of my comfort zone. The soup was sweet from the beets, but also tart and a bit tangy from the vinegar and lemon juice. It's something you can cook a big pot of over the weekend and enjoy the leftovers all week long.

Just before serving, add the lemon juice, dill, and parsley. Adjust the seasoning with salt and pepper to taste and serve immediately. Pass the sour cream at the table.

This is the recipe I used for the Black Bread. It's rather time consuming, but none of the steps are difficult. I was intrigued by the ingredients--burnt toast and ground coffee--I was half expecting that the bread would be bitter and maybe acidic. It wasn't, though it was very hearty and had a deep rich flavor, there was no bitterness, only a sweet toasted grain flavor.

Recreate a wonderful memory for yourself--cook something that reminds you of a really special time in your life, or of someone special that you're no longer close to. Food has the power to take you back. Try it sometime and you'll see.