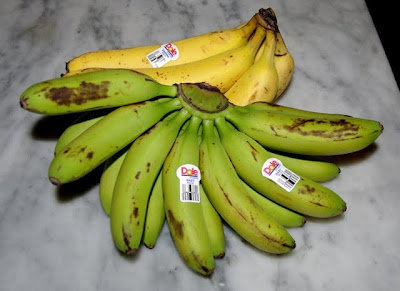 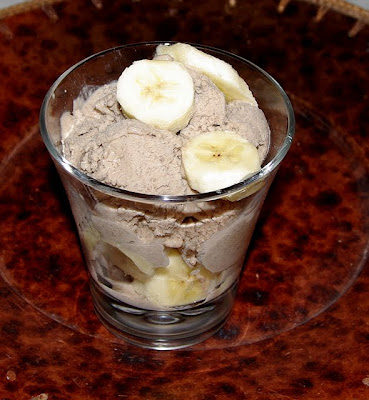 This is such a neat ice cream recipe because it tastes really fabulous, but it's also rather healthy (for ice cream), and low-fat. Though the recipe calls for heavy cream, I used coconut dairy-free creamer and it worked perfectly.

Piloncillo sugar can be found at Latin American markets, but if you can't find it you can substitute dark brown sugar, or raw sugar.

The recipe is from one of my very favorite baking cookbooks.
Baked: New Frontiers in Baking

In a small saucepan over low heat, combine 2 tablespoons plus 1 teaspoon water and the cinnamon stick and simmer until fragrant, about 3 minutes. Add the piloncillo and stir until it is dissolved. Remove from the heat and let cool to room temperature.

Unwrap the frozen bananas, chop them coarsely, and set them aside.

Remove the cinnamon stick from the syrup and pour the syrup into a blender. Add the cream and bananas and blend until smooth and mushy.

Pour into an ice cream machine and freeze, following the manufacturer's instructions. Add the pecans to the ice cream a few minutes before the cycle is finished. Since the mixture is partially frozen, it will not take long to freeze--about 10 minutes.