My Own Sourdough Starter 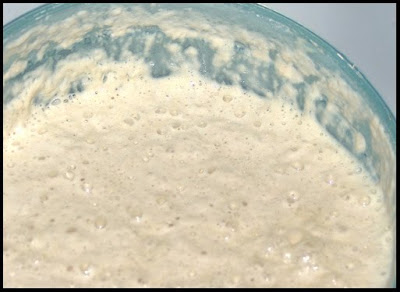 I have wanted to try making sourdough bread for ages, but I didn't have any starter. Several weeks ago, I ordered a dried French starter online. Once I received it, I followed the instructions of re-hydrating and feeding it, and kept at it for about three weeks. I was feeling disappointed since the starter didn't seem to be doing anything, though frankly I wasn't sure what it was supposed to be doing. Finally, after a month it started to look bubbly and alive, and I used some of it to make Peter Reinhart's baguettes. I was not very confident that the starter would work, but surprisingly it did and the bread was fantastic--even though I completely goofed the the recipe.

I have been refreshing my starter every 5 days, and so far it is still looking good. I have to pick out some sourdough recipes to use it in.