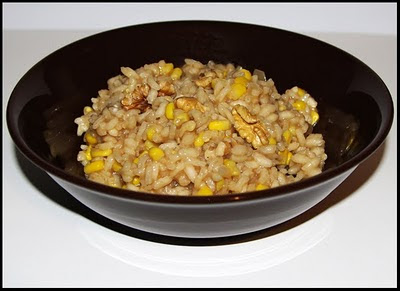 The 2010 March Daring Cooks challenge was hosted by Eleanor of MelbournefoodGeek and Jess of Jessthebaker. They chose to challenge Daring Cooks to make risotto. The various components of their challenge recipe are based on input from the Australian Masterchef cookbook and the cookbook Moorish by Greg Malouf.

My Grandma D made the most delicious risotto using her famous homemade "gravy" (pasta sauce). So, I am far more used to risotto made with a tomato-type sauce than the traditional version made with stock.

For this challenge I made a Sweet Corn and Walnut Risotto which uses vegetable broth, and a risotto made with marinara and lots of parmesan cheese. Both were delicious and I used the leftover red risotto to make stuffed bell peppers.

The tomato risotto doesn't really have a recipe. I cook the rice in my homemade marinara until it is tender, and then I add a bunch of grated parmesan. This is the recipe I used for the corn risotto, though I used frozen corn instead of fresh, and to keep it vegan I used vegetable broth and left out the cheese. 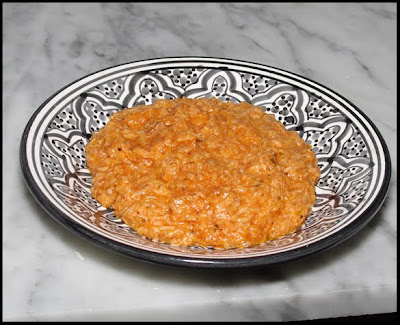 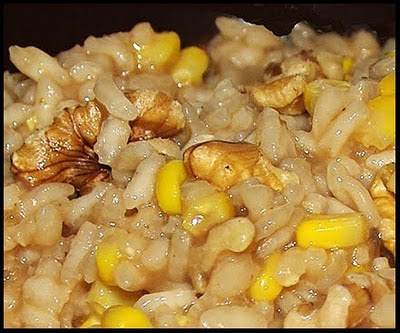 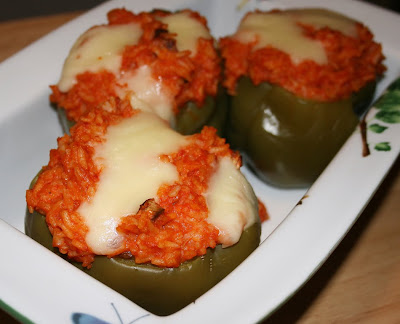 Please check out The Daring Kitchen to see all the fantastic versions of risotto!