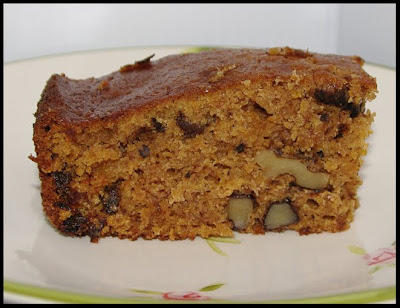 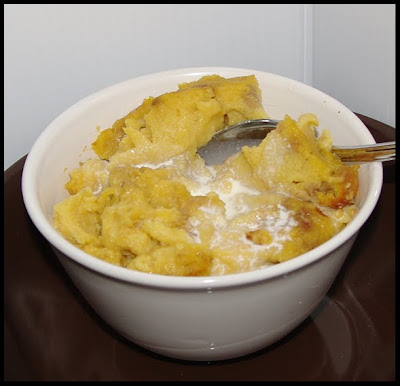 I cooked a couple of pumpkins last fall and froze the puree to use later. I was going to make a bread recipe, but when I defrosted the puree there was so much I was able to make the bread and a clafouti. A clafouti is a baked custard usually made with some type of fresh fruit. They're simple to make and quite stunning to serve. I don't usually like custard desserts as they can taste too eggy, but the clafouti was delicious and tasted rather like pumpkin pie, but not as sweet or as heavily spiced.

Here's the recipe for the clafouti. It's from Claudia Fleming's genius cookbook, The Last Course: The Desserts of Gramercy Tavern. It's almost impossible to get a copy of the book without spending a fortune, but my local library has a copy.

This is the recipe I used for the pumpkin bread. It caught my eye because of the "Half Moon Bay" part of the title. Half Moon Bay is a super cute coastal town south of San Francisco. It's a mecca for big wave surfers and pumpkin lovers.

Here's a bit about the local pumpkin industry:

The Pumpkin Industry on the Coast
Every autumn, thousands of Bay Area residents visit the coast side to pick pumpkins from the picturesque fields along Highways 1 and 92. More than 3,000 tons of pumpkins are grown each year by 15 or so commercial growers in the Half Moon Bay area. They ship pumpkins all over the United States and sell to many of the large retailers in the Bay Area. As always, this year there's a bumper crop.
The pumpkin boom can be traced back to growers in the area who began to plant pumpkins in the 1930's. In the early 30’s, teenager John Arata and his brother Clarence began planting pumpkin seeds to feed the family’s hogs. One day, they were hauling some of their pumpkins along Highway One back to the farm when a passing motorist stopped and asked if he could buy a few. The Arata’s sold the pumpkins for a quarter and a booming pumpkin-picking business and tourist attraction was born. (Source)

The bread is delicious but makes about 3X as much as most quick bread recipes. Unless you are serving a lot of people, or want to freeze the leftovers, I would only make 1/3 or 1/2 of the recipe. And maybe cut back on the sugar just a little bit. I added some raisins, but coconut or any other dried fruit would also be a nice addition.

Both the bread and the clafouti were wonderful, but I'm a little sad that I've used up all my frozen pumpkin and it's going to be many months until I can get more. But, I love fresh pumpkin so much that the wait will be worth it.