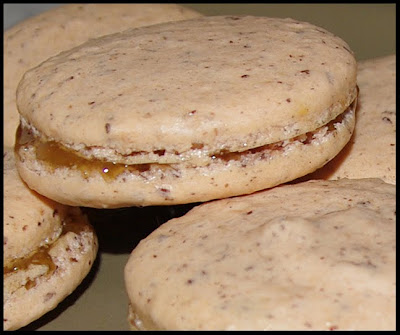 The 2009 October Daring Bakers’ challenge was brought to us by Ami S. She chose macarons from Claudia Fleming’s The Last Course: The Desserts of Gramercy Tavern as the challenge recipe.

I have a confession--I don't really like macarons very much even though I've had some from the supposed best bakers in places like Paris, New York, and San Francisco. I think it's the egg whites since I don't really care for any meringue-y sweets. Still, I was excited to try to make macarons since they seem to be the current holy grail of the food blogging world. 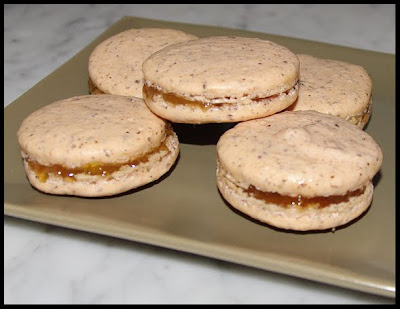 My macarons were flavored with vanilla and orange, and filled with apricot jam. They came out fairly well, but didn't puff up as much as they should have. Right after I put the macarons in the oven, I saw that there were two loose dogs running down the middle of our street. One of the dogs was a little tiny Yorkie, and I was worried that he would get hit by a car. I ended up turning my oven to the lowest possible setting and trying to catch the dogs. It took me about an hour to finally get the dogs in their yard, and I think my macarons suffered from the super low oven temperature. 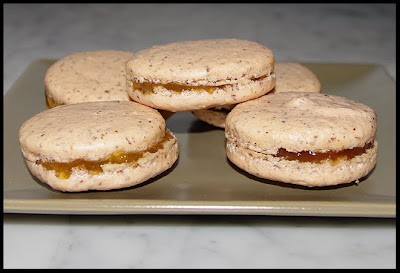 Still, I think they are a respectable first try, especially since I was rescuing dogs. Check-out the Daring Kitchen for some amazing macaron creations from bakers much more enamoured with them than I am. http://thedaringkitchen.com/ 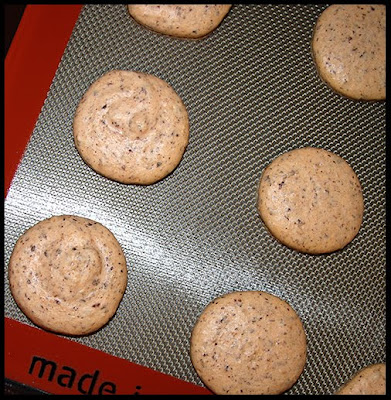