Lilies Can be Deadly to Cats 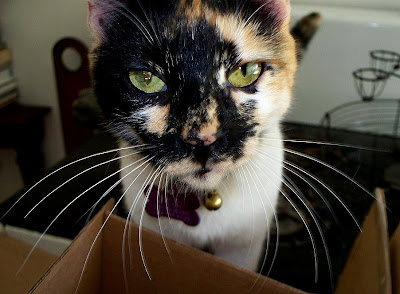 I had no idea lilies could be fatal to cats. How scary! If you have cats, please be extra careful with cut flowers! I will be much more diligent from now on...

Lilies, a floral reminder that winter has passed, frequently appear in homes during spring holidays as potted plants or cut flowers. But for cats, many lilies can be as lethal as they are lovely.

Members of the plant genus Lilium produce a chemical, present throughout the plant, that can cause a cat to suffer fatal kidney failure. It can be deadly for a cat to simply bite into a lily leaf or petal, lick lily pollen from its paws, or drink water from a vase containing cut lilies. Easter lilies, stargazer lilies, and Asiatic lilies seem to be the most hazardous of this group of plants. 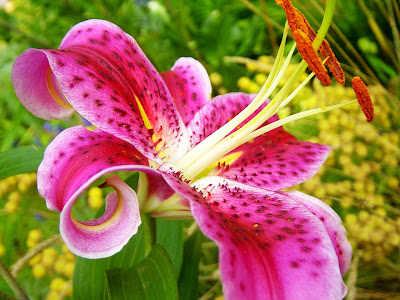 “Some cats appear to be more susceptible than others to lily toxicity, and the severity of the resulting kidney failure also varies from cat to cat,” said veterinarian Julie Fischer of the UC Veterinary Medical Center-San Diego. “Some poisoned cats recover with minimal therapy, while others require weeks of dialysis to live long enough for the kidneys to repair themselves.”
She noted that many cats never recover kidney function following lily toxicity and die, or are euthanized, within just a few days of becoming ill.

“Symptoms of lily poisoning include vomiting, lethargy or loss of appetite,” said UC Davis veterinary professor Larry Cowgill, co-director of the UC Veterinary Medical Center-San Diego “If cat owners suspect lily poisoning, they should contact their veterinarian immediately because a cat that has consumed the lily toxin very likely will experience kidney failure within 36 to 72 hours unless it receives appropriate treatment.”

The veterinarians note that while all plants of the Lilium genus should be considered extremely hazardous to cats, calla lilies and peace lilies, which don’t belong to the Lilium genus, are harmless to cats.

**The flower photo is from the web.
**The article is from UC Davis Vet Med.
Posted by Michele