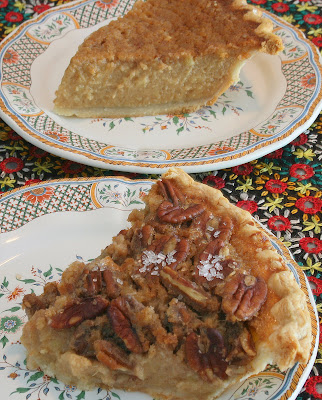 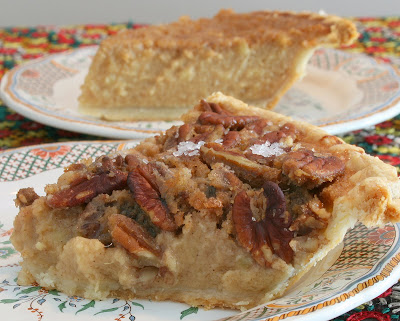 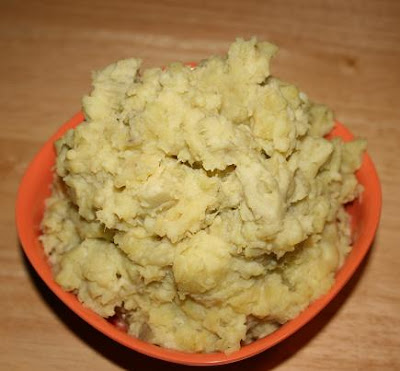 Dave and I went shopping at a local Asian market and we found some potatoes labeled "Satsumaimo Sweet Potatoes". I love to try new fruits and veggies, so we bought a big bag of these. We're in love; these sweet potatoes are amazing. They have a pale flesh, and a mild, less cloying sweet potato flavor. I boiled the potatoes and then hand-mashed them with just a little butter (or margarine), and a pinch of sea salt. They were amazingly delicious and now we want to eat them all the time.

I used some of the cooked potatoes to make sweet potato pies. Wow! I think these are my favorite pies. On one pie I used pecans as a topping, on the other, just plain. Both pies were delicious!

Whisk together the sweet potatoes and the butter.

Bake in a preheated 375F oven for 35-45 minutes, until a tester inserted in center comes out clean. Let cool a bit before serving.

The next time you're thinking about making a pumpkin pie, consider making a sweet potato pie instead.
Posted by Michele